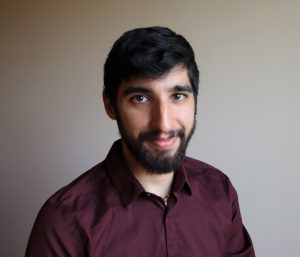 Cristian Moyano  is a philosopher and PhD in Environmental Science and Technology from ICTA-UAB. He is currently a postdoctoral researcher in the Department of Philosophy at the Universitat Autònoma de Barcelona. His main areas of research are bioethics and moral philosophy. His doctoral thesis, supervised by Angel Puyol and Filka Sekulova, analyses the ethical-political limits of the Capabilities Approach, from the perspective of food, health and ecology. To consolidate his research, he was placed three months at University College London in 2019.

Among his articles, he has recently published “Researching animals to produce more ethical food: the moral limits of cultured meat” in the journal Revista de Bioética y Derecho, no. 51, March 2021. He has been accepted as a speaker at several international conferences, such as the 2017 EACME Annual Conference (Barcelona) EurSafe Congress 2018 (Vienna) and 2021 (Freiburg), (Un)CommonWorlds: Human-Animal Studies Conference 2018 (Finland) or 2019 HDCA Conference (London).

In addition to his academic career, he is a member of the Health Care Ethics Committee of the Hospital Trueta in Girona and vice-president of the NGO Red de Transición (the Spanish hub of the environmental movement “Transition Towns”).